From Us to You

Jon and Patty’s recipes originally came from their home.  They wanted to cook for their customers the way they did in their lives, and so developed a theme:  Fresh, healthy, creative and affordable neighborhood bistro fare. 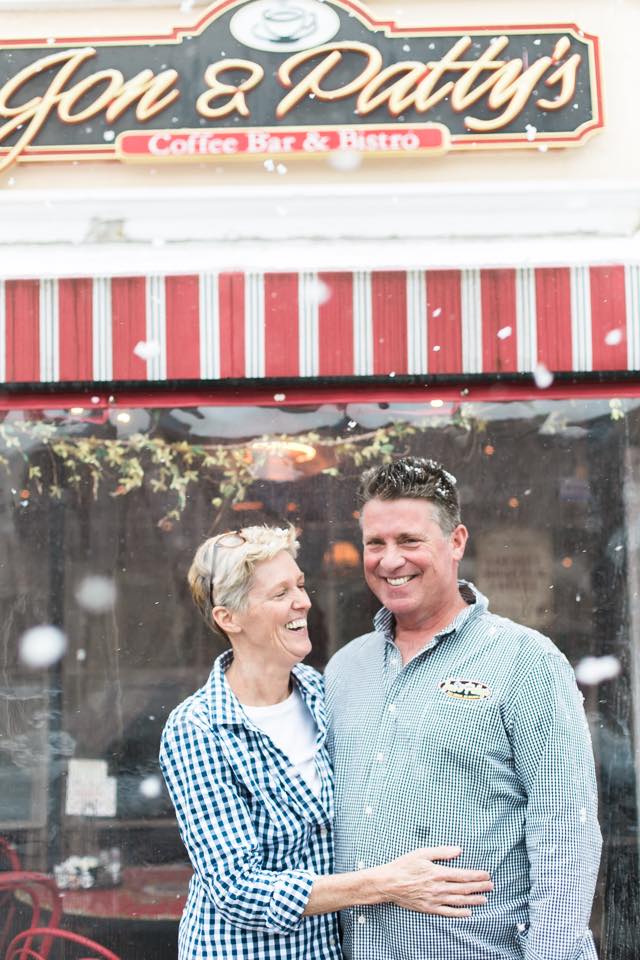 Where It All Began

When they were both in college, Jon and Patty met at a restaurant called The Crab Trap where Jon was the dinner chef. One night, Patty was at the bar with some friends and she met Jon, who was filling in for a bartender.  That night the restaurant owner told Patty, “You’re going to marry Jon some day.” Patty laughed.

A week later Patty visited the bar and saw Jon there, having an off duty drink. She bought him a drink and the rest, as they say, is history.

After they met, Jon and Patty worked together as chef and dining room manager respectively at The Back Burner, a restaurant in Hockessin, Delaware.  They got engaged there.  The restaurant is still in business nearly 30 years later and has become a universal shrine to love won and kept in the culinary world…. just kidding.

Not that we are counting

What We Are Known For

Here are a few fun things we pride our selves in. We are always quality over quantity, but some of us are numbers people, so here you go!

At Jon & Patty’s you'll always feel like family. Join our mailing list to stay up to date on all the fun things we have going on throughout the year! And you'll receive a special offer just for signing up! Check your email!

What People are Saying

“The food was very good. Great place to dine if there are any vegetarians in your group. The atmosphere is pleasant and the staff is kind and welcoming.”

“Had one stellar breakfast here!”

“Food was delicious, eggs fluffy and bacon crispy. We say in the new upstairs section which was clean, bright, and well decorated… ”

“Food was delicious and our waiter was the best, so attentive and caring! Cheers to Jon & Patty’s!!”

See more of our reviews

View the Menu
We Accept Cash And All Major Credit Cards (with a 3% convenience fee). ATM Located On 2nd Floor